Arsenic (As) and copper (Cu) are common co-contaminates in soils. However, their interactive effects on their accumulation and distribution in As-hyperaccumulator Pteris vittata are poorly understood. A hydroponic experiment was conducted with As being 0, 5, or 50 μM and Cu being 0.32, 3.2, or 32 μM to evaluate their phytotoxicity, accumulation, and distribution in P. vittata. In addition, As and Cu uptake kinetics were examined using the Michaelis-Menten kinetics model. Total As and Cu concentrations in P. vittata were up to 487 and 1355 mg kg−1. About 39–81% of the As was in the fronds compared to 0.6–18% for Cu. At 50 μM As, increasing Cu concentration from 0.32 to 32 μM increased root As while decreasing frond As concentrations, with the translocation factor (ratio of As in fronds to roots) being reduced from 4.0 to 0.31. In contrast, As did not affect Cu accumulation in P. vittata. Michaelis constant Km value for As was higher than that of Cu (6.49–24.9 vs. 0.43–3.36), consistent with higher Cu uptake than As. Besides, Cu reduced root K but increased P levels in the roots, whereas As increased the K and P concentrations in the fronds. Our results suggest that P. vittata accumulated more Cu than As in the roots, contributing to its low As translocation. As such, high levels of Cu are likely to reduce As uptake by P. vittata during phytoremediation of As-contaminated sites. 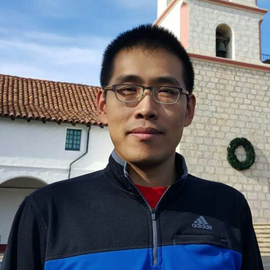